Westchester County real estate had a very interesting (and busy) year! Overall, there were almost 5,900 single family sales in 2018. In many cases, 2018 marked the year that the real estate market started to shift from a seller’s market to a buyer’s market.

Nationwide, much of the focus the past few years has been on a shortage of housing supply (inventory) but began to build in June (see graph). Westchester saw inventory rise starting in April but for the year, inventory was down 2% versus 2017. 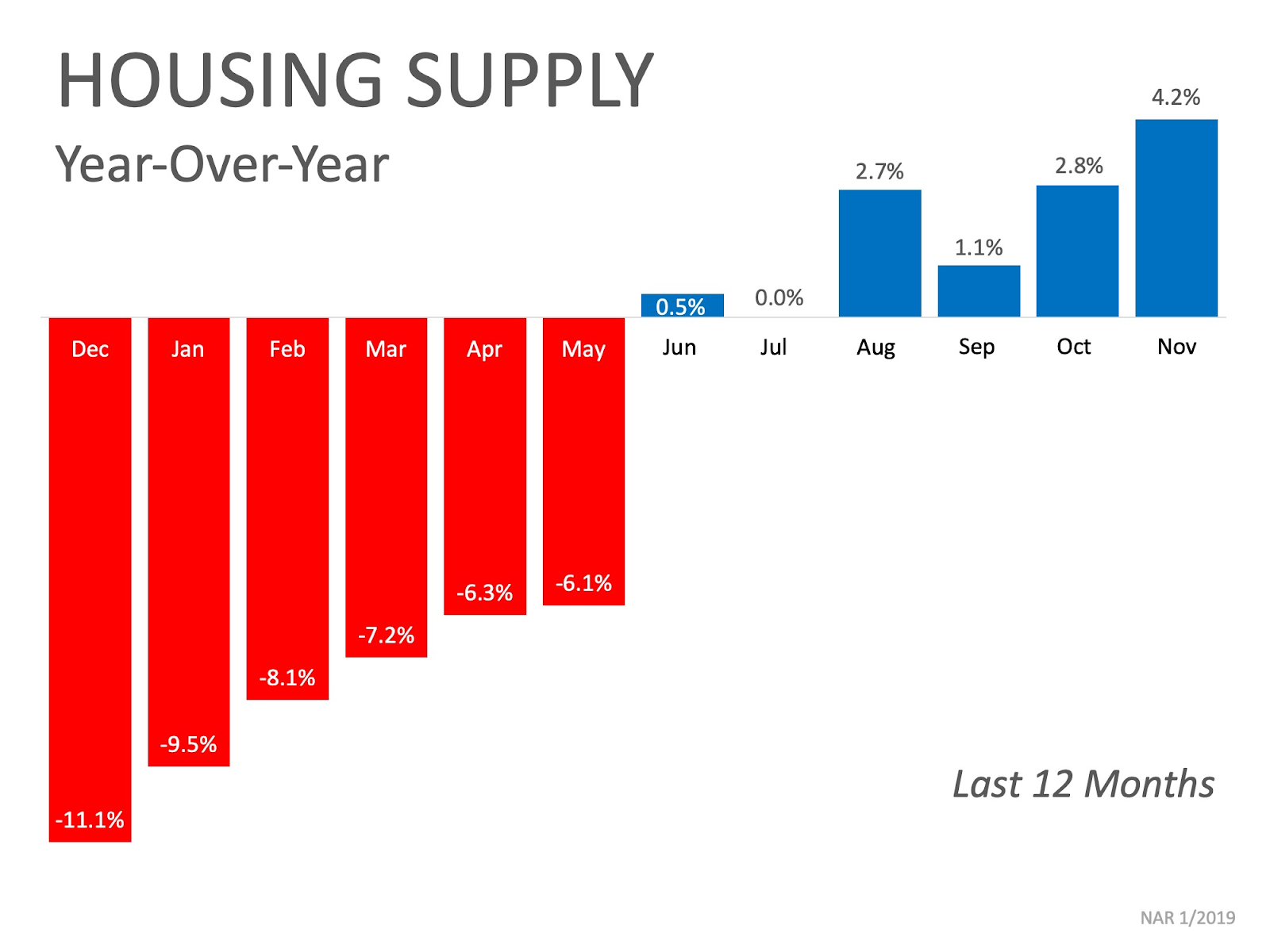 In Westchester, inventory declined in every price range except in the $500,000 - $2,000,000 category. There are many explanations but I believe one of the main reasons is the federal tax plan, which limits the tax deductibility of mortgages to $750,000. We live in a very expensive part of the country and migration patterns show that population continues to favor states to the South and West. However, New York is still a magnet for high-paying jobs; United Van Lines recently conducted a study which showed that 60% of inbound moves to NYS were for job-related reasons. Fifty percent of those moves were for people aged 44 and younger with 67% making $100,000 or more. 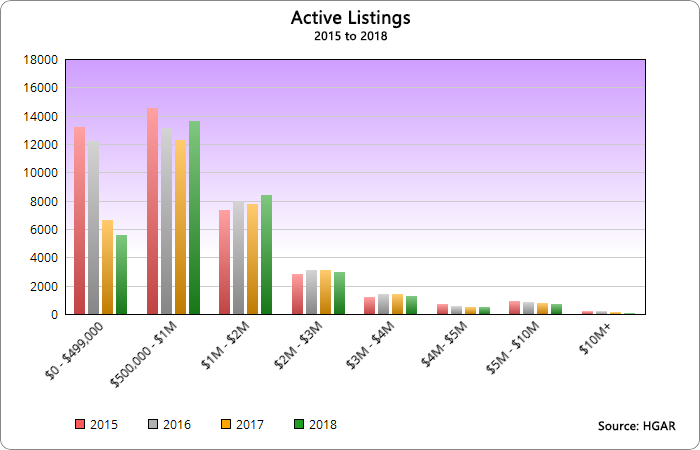 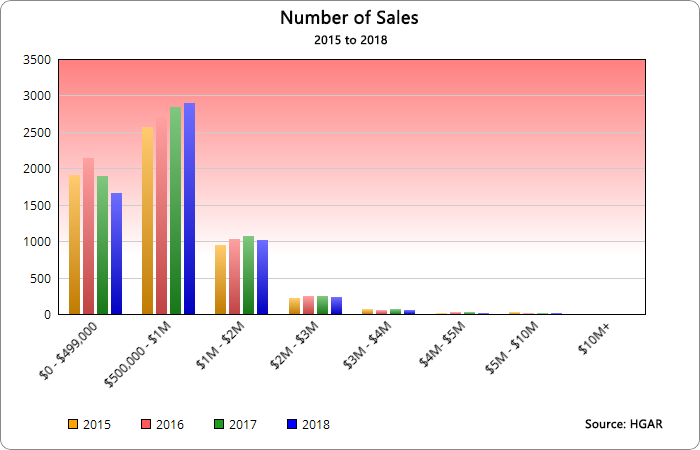 In terms of pricing, average and median prices rose slightly, 1% and 3% respectively. Among the markets that I typically cover, Harrison and White Plains were two bright spots: both saw a drop in inventory & an increase in the number of sales. Harrison average and median selling prices rose by around 10%; White Plains was closer to an 8% increase.

Here is an interesting chart of how far we are from the bottom and top of the market:

With the recent tax changes & higher interest rates, affordability is something that increasingly concerns many buyers. At this time, I believe that we are in the middle of a re-pricing as sellers adjust to this new reality. It became more pronounced as 2018 wore on and in the second half of the year, the homes that sold were the ones where the sellers recognized that the market was shifting against them and priced their homes aggressively to appeal to buyers.

It will be interesting to see how the market develops as we head into 2019. I expect prices to stabilize in most areas and have already seen a pickup in activity.

2018 was an excellent year: I helped more than 40 families directly buy & sell property and hope that your referrals will continue to fuel my business in 2019!